Commissioned for the exterior walls of Vita Kuben was a new version of Johan Tirén´s project Epilogues (2009). The work is originally based on reports published by the Office of Regional Planning, Stockholm, and is part of a larger project in which a group of artists followed the research work for a new master plan of the entire Stockholm region, called SKISS. By rewriting suggestions for a future society found in the material and juxtaposing this with images of statistic models, emptied of their original content, the work reveals that the planning process is in fact a production of ideology. 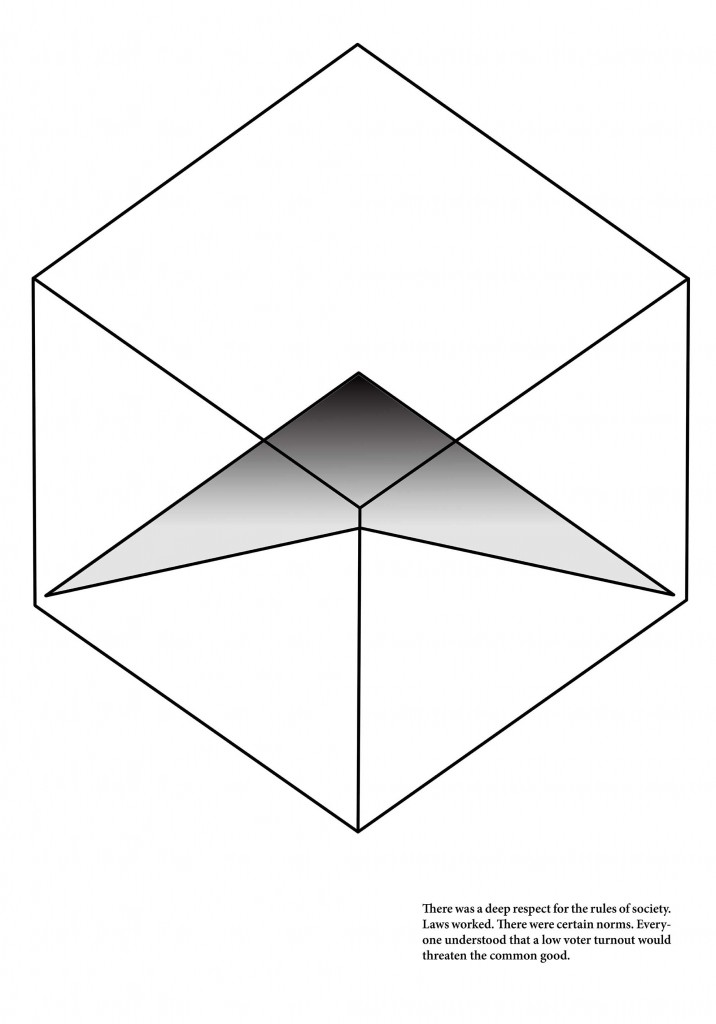 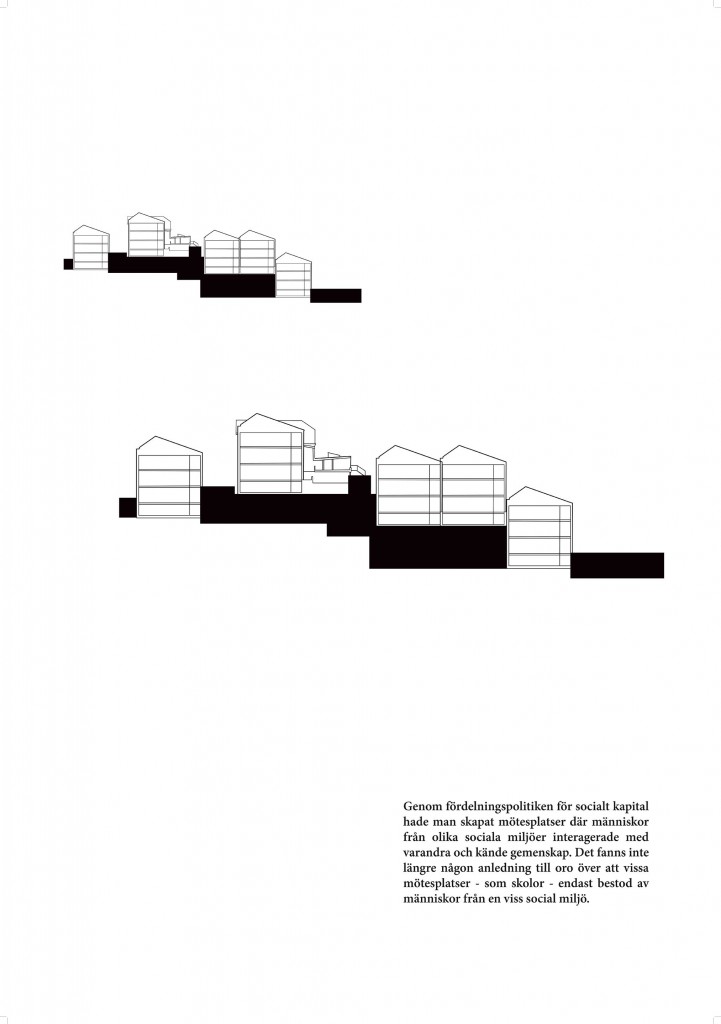 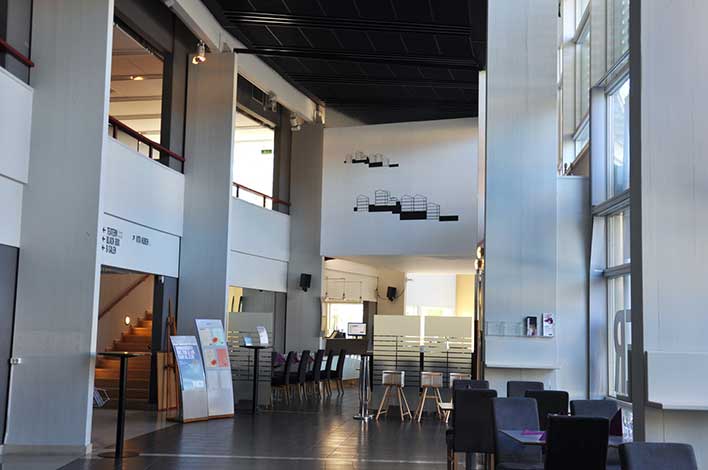 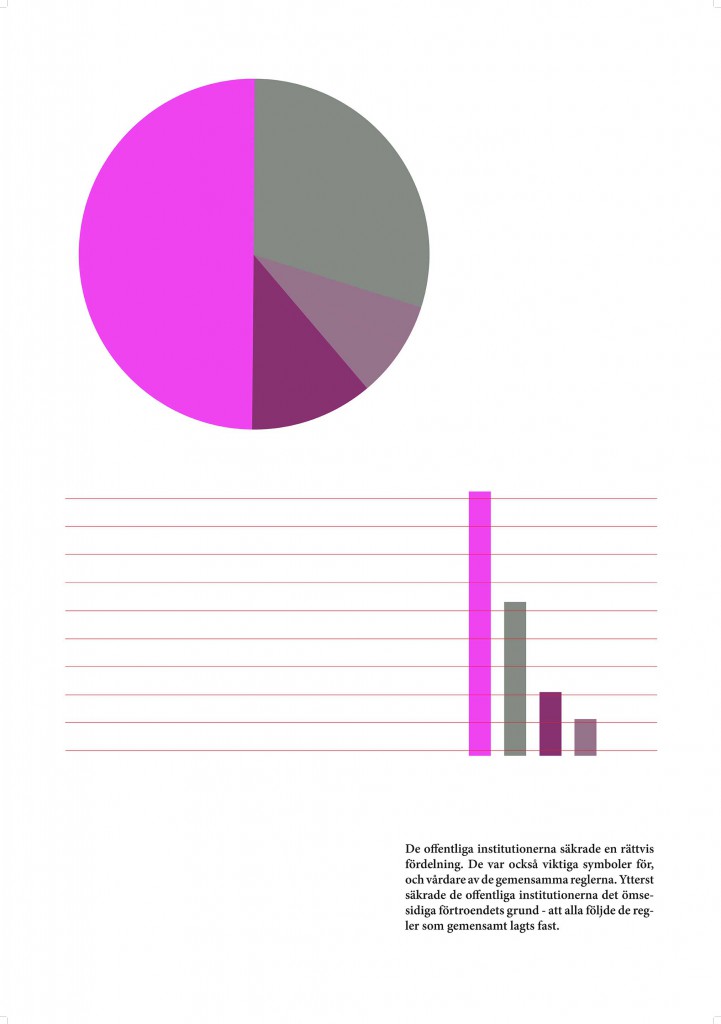 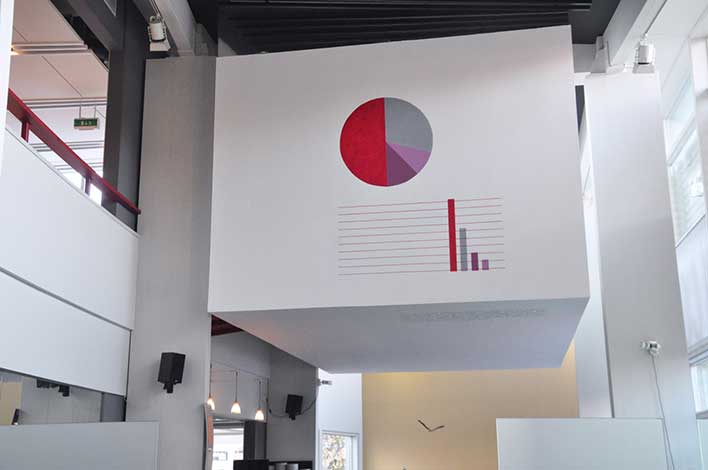 Epilogues implies a gap between statistical information as a political tool, and values or actions that are harder to quantify or instrumentalize: those small actions by individuals that in sum can make a safe or functional society.

The walldrawings were on view at Vita Kuben 25/8, 2011 – 08/01, 2012. During this period the exhibition inside Vita Kuben changed four times, each with a corresponding part of Epilogues on the exterior walls.

Johan Tirén lives and works in Stockholm. From 1998-2003, he attended the Royal Danish Academy of Fine Arts and holds a MFA from Malmö Art Academy (2004). Tirén’s work is concerned with the construction of history and ideology and has involved critical studies of various social issues. Tirén’s recent exhibitions include: “Sharing a society” and ”A radical shift of scenery” – in collaboration with the Office of Regional Planning, Stockholm, Sweden (with Janna Holmstedt, Anna Högberg and Johan Waerndt), 2008-2009,”Labyrint 09 Writings and observations” Botkyrka Konsthall, Stockholm, Sweden, 2009, “Open Engagement” Marabouparken annex, Sundbyberg, Sweden, 2009, “There is no audience / an exhibition about public imagination”, Montehermoso, Vitoria Gasteiz, Spain, 2009, (with Christian Hillesø), ”Posted 4”, Cork, Ireland (With Runo Lagomarsino), 2009, ”Ours: Democracy in the Age of Branding”, Parsons The New School for Design, the Sheila C Johnson Design Center, New York, USA, 2008, ”The Unfair Fair”, 1:1projects, Rome, Italy, 2008, ”Those who control the past command the future – those who command the future conquer the past”, (with Runo Lagomarsino and Tone O Nielsen), Overgaden, Copenhagen, Denmark, 2007. www.johantiren.com

REWRITE / REDRAW / RETOOL was presented in four parts during the Autumn 2011-Spring 2012, with works by Artur Żmijewski, Libia Castro and Ólafur Ólafsson, Ivor Shearer, Johan Tirén and Chto Delat?. The exhibition series was curated by Rakett.

Through visual and narrative endeavors REWRITE / REDRAW / RETOOL engages in questions concerning how conflicting interest groups negotiate their positions, within existing or fictional societies. Who are the creators of history, how are political strategies played out, and how are art and its institutions embedded in political structures? In the presented works meetings are played out between people and ideologies where conflicts of interests are set in motion to be discussed on arenas within or outside constitutional frameworks. A discursive program is part of the exhibition and consists of discussions, presentations, film screenings and book launch.

REWRITE / REDRAW / RETOOL was supported by Norrlandsoperan in Umeå and iaspis.