Skip to content
Rakett / 2005 / Rakett Presents: It´s Not Worth the Pain – Marius Notvik and Girl From Saskatoon

Marius Notvik
It’s Not Worth the Pain
January 2005
Grannen till kaos är smurf – Chaos´neighbour is a Smurf.

The installation is based on an architectural and popular cultural hybrid. It is a critical raillery with architectural power structures, where reality is presented as fiction and the truth as fabrication. The installation’s cartoon characters are dead ringers of already existing architecture. The building portrayed as a transformer is the former Soviet embassy in Cuba, while the logo is from a CDR office (Comite la defensa de la revolucion) in Havana. The main occupation of the CDR-offices is to survey the neighborhood, so that everything that takes place is within governmental values. Neither the extreme architectural demonstration of force nor the raillery with the system in the CDR logo can in any way be regarded as obscured. They are on the verge of tilting into fiction, where the fictional has more resemblance with fact than reality itself. By installing them as cartoon characters within a popular cultural context, they are disarmed by their own likeness to the media. The force they contain vanishes as they dissolve into the popular cultural design. Within the popular cultural context the possibility of their existence is difficult to believe. The friction arises when it opposes with the photographic documentation. (Excerpt of text by M. Notvik)

As part of the exhibition event the country duo Girl from Saskatoon (consisting of Nathalie Bekkelund (vocals) and Jens C. Andreassen (vocals and guitar) was invited to play on top of a tall but tiny stage built for the occasion. 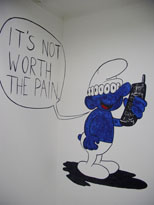 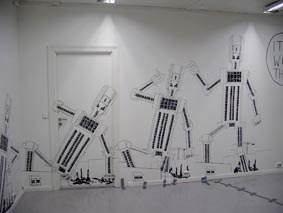 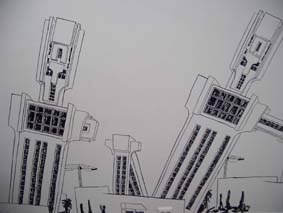 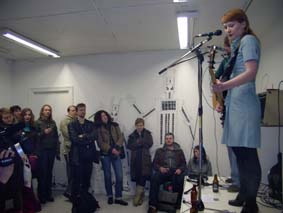 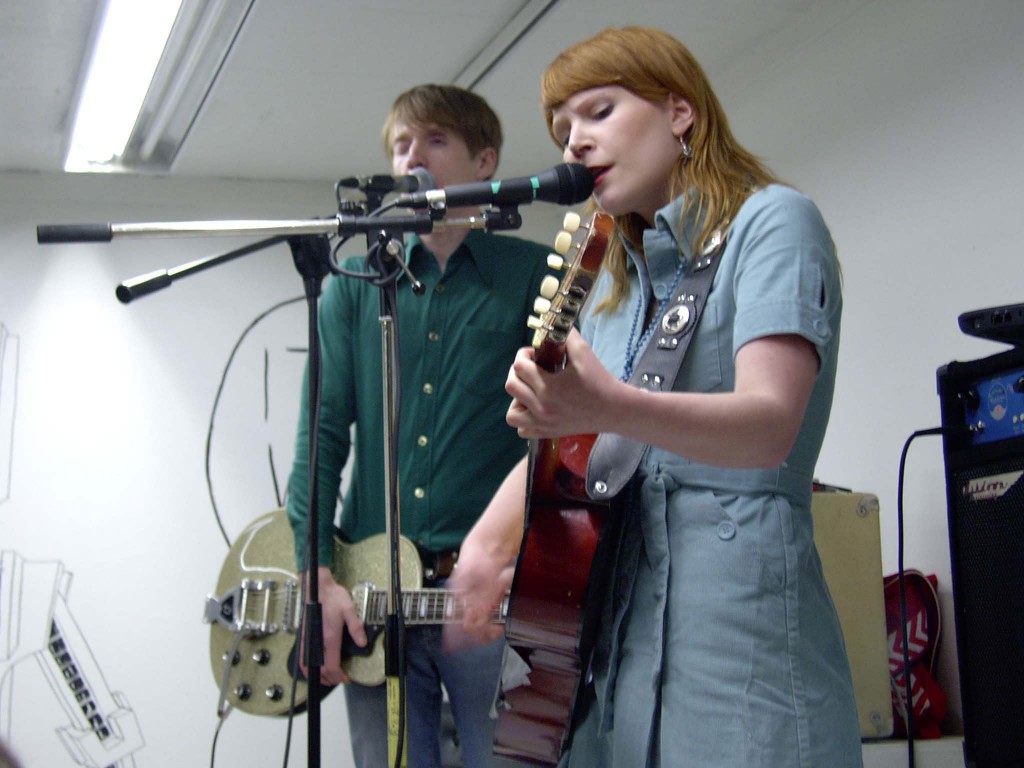 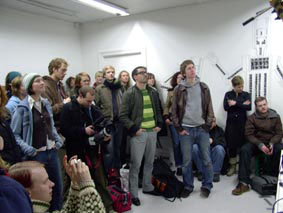 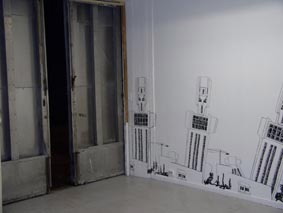