Common Lands – Allmannaretten part of Space Station – On Enabling, Production and Display, curated by Tone Hansen at Projekt 0047, Oslo. For this presentation at 0047 there was a special viewing of A Timeline posters- for the first time giving a collected overview of cultural activities in the area of Bjørvika from 1993 until 2010.
A Timeline was commissioned by Common Lands – Allmannaretten and compiled by Tone Hansen with assistance from Runa Carlsen, designed by Jaan Evart. It is included in the online reader Art as Protagonist 2. 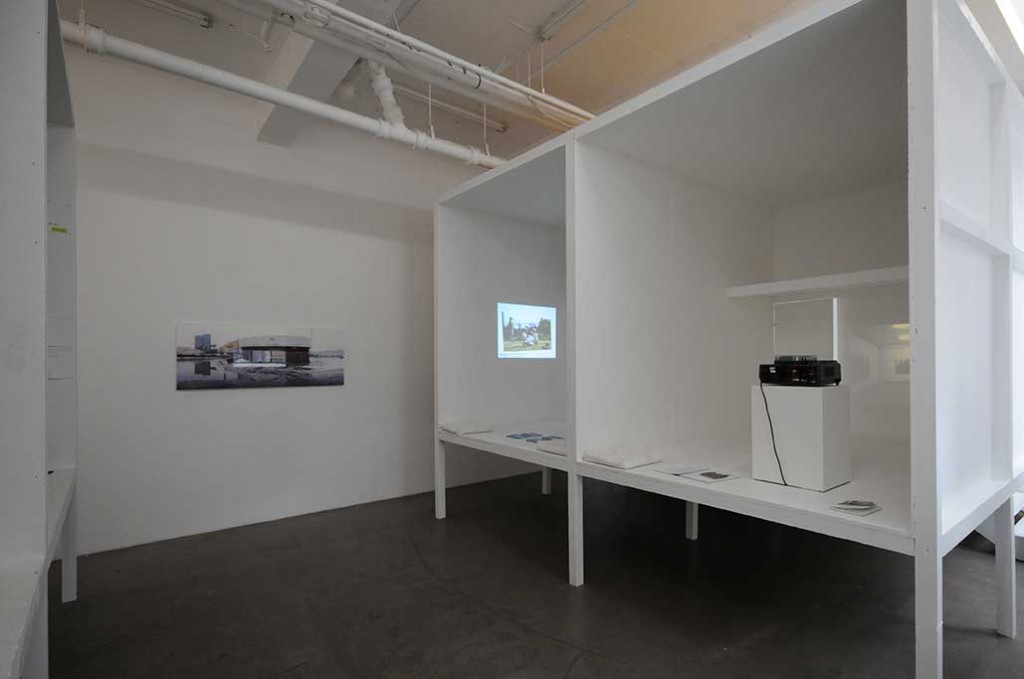 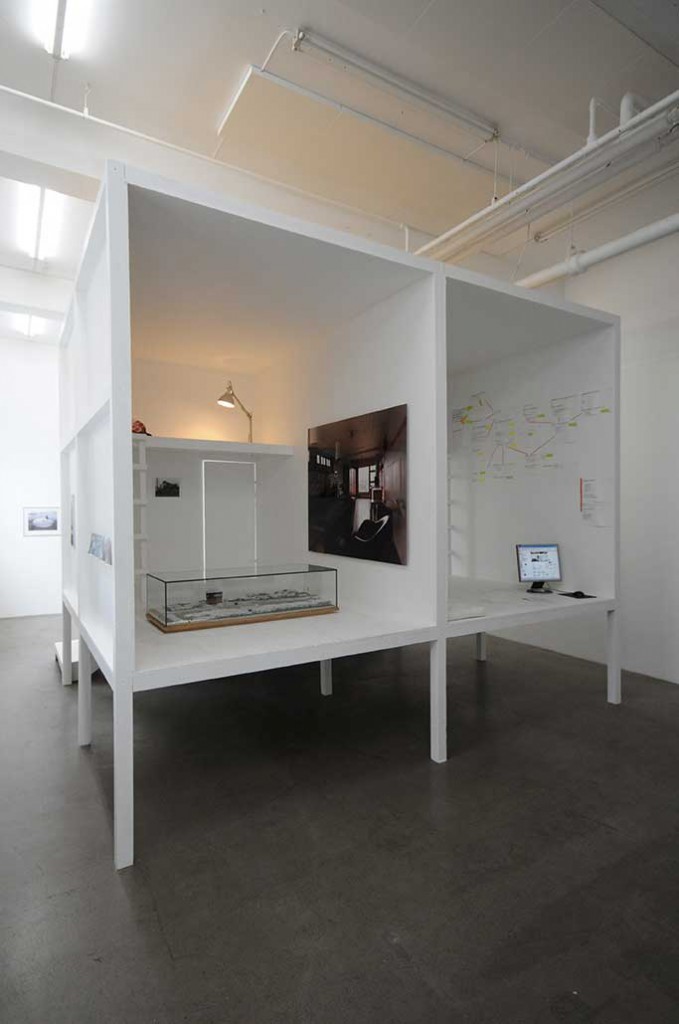 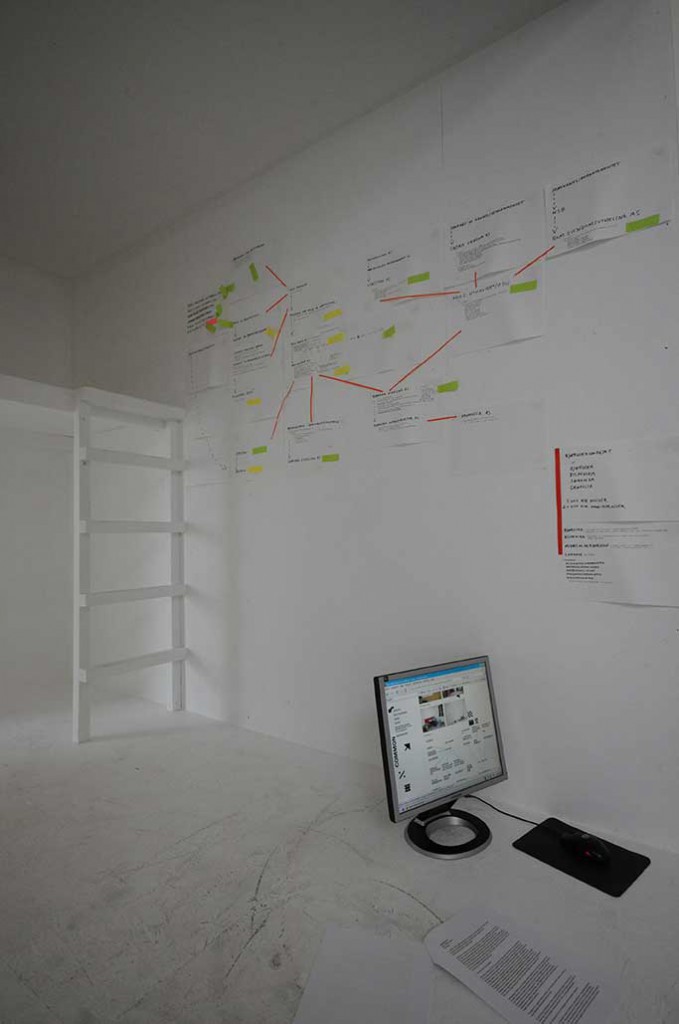 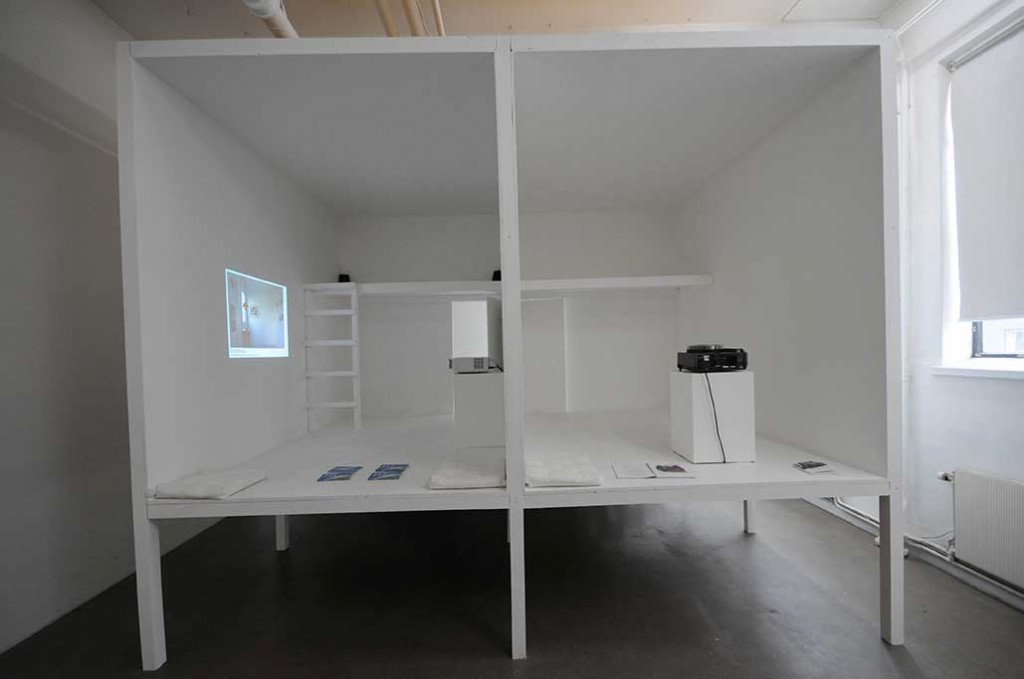 Space Station: On Enabling, Production and Display and its Resident #2, curator Tone Hansen presented a visual archive celebrating the activity of artists and cultural workers in Bjørvika, Oslo. The archive documents artists’ involvement with the development of the district and included works by Marianne Heier, Stefan Schröder and Ketil Nergaard, extracts from the archive of Anne Beate Hovind, Oslo Kunsthall and Knut Håkon Frølich, and excerpts from the exhibition-project Common Lands – Allmannaretten, curated by Åse Løvgren and Karolin Tampere, with works by Bik Van der Pol, Dellbrügge & de Moll, Ingrid Lønningdal and Jaan Evart.

Space Station was commissioned by 0047 and developed by nOffice (Markus Miessen, Ralf Pflugfelder and Magnus Nilsson) and 0047. Space Station is a spatial social experiment that invents a system and methodology in order to renegotiate the relationship between art production, the exhibition and its spatial envelope. In recent decades reflections on how presentation and mediation confer meaning to artistic practices have evolved beyond the limits of historical and theoretical realms. Increasingly, practitioners have become preoccupied with the consideration of presentation forms. Artists have injected administration, mediation, and interpretation facets into the scope of their practice.

Presentation forms have expanded to include lectures, film screenings, and interventions. Exhibition sites have been transformed into spaces of production and inhabitation. Understanding exhibition space as a medium in its own right, Space Station challenges models of presentation, mediation and archiving, and promotes the perception of architecture as an active device capable of probing and altering institutions and political conditions.

Space Station is centered around a series of sixty-hour long residencies that take place within nOffice’s conceived and designed Space Enabler – an installation that incorporates various functional elements and reconfigures 0047’s gallery space. During this period, artists will not only work within but also completely inhabit 0047, concentrating their time within the gallery and shifting the center of their life to the institution. Each resident will be free to occupy the gallery as they wish, and after their departure will leave behind traces of their presence – but not before hosting a moving out party.

Tone Hansen is a curator, artist and writer based in Oslo. She is the acting head of art department at the Henie Onstad Art Centre, where she recently curated The Creative Act (2010), Hito Steyerl (2010) and Høvikodden Live 09: To be Heard is to be Seen (together with Lars Mørch Finborud and Lasse Marhaug, 2009). Art projects include the 2007 exhibition and publication Megamonstermuseum, and edited anthologies a.o: The New Administration of Aesthetics and What Does “Public” Mean? She produced a series of seminars a.o: Can Art Create a Public Sphere of its Own? Hansen has written texts for Walker Art Centre, the Nordic Pavilion Venice Biennale 2007, IASPIS, Derivé and many art publications as well as newspapers and institutions. She was head of the Young Artists Society in Oslo between 2002 and 2005.

nOffice and its three partners Markus Miessen, Magnus Nilsson and Ralf Pflugfelder are an architectural practice based in Berlin and London. Situated on the crossroads of critical spatial design, architecture, urban intervention and the art world, nOffice have been accumulating expert knowledge about the conceptualisation and implementation of archives, libraries, gallery spaces, cultural centres and the typology of the ‘hub’. nOffice have been specialising in the development of heterotypologies: Their recent projects for Manifesta 8, Performa 09, ASAP, Archive Kabinett, and the longer term Hans Ulrich Obrist Archive are bastard typologies: productive spatial constructs that overlap, dissect, and conflictually flatten several usually distinct programs into one. nOffice believe that bastards are stronger than pedigrees. They are pushing the idea of the heterogeneous space, something like an ‘interior city’. www.noffice.eu